I stopped shaking this morning. I guess the shock of finding you after you passed is starting to subside. I was also able to eat two consecutive meals and keep them down. The constant stream of tears has dried up and I’m ready to smile from time to time. I still 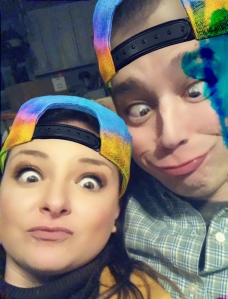 feel guilty if I laugh and everything that reminds me of you destroys me inside, but I’m able to cope with the feelings better than before. However, those aren’t the worst symptoms of losing you that I’ve experienced. Instead, it has been the gaping wounds of others’ pain that have made losing you even more impossible to bear.

The people closest to you are trying to find some reason for why you’re gone. They search from the deepest parts of within to find some way to rationalize the horror they are going through. But grief is a bitch, and it brings out the worst in people. Guilt, regret, and mistakes are amplified to the hundredth degree, and the feelings become too much to face. The problem is because I was the new person in your life, I became an easy target. 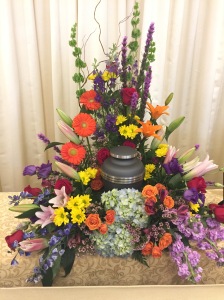 I was asked to leave your parents’ house the day after you passed because your family was ‘choosing me over your daughter.’ I wasn’t allowed to be near your mom, the one person who knew how hard I was fighting to get you better and how you honestly felt about me. Instead, I was the bigger person and left so Ellie could be with your family. So your precious daughter could be surrounded by the ones who loved you most. To not have your family put into the impossible spot where they would have to choose between your little girl and me.

I was also told that you had changed so much in the last year. That the Ben everyone knew before was gone. You only fell in love with me because of a series of seizures and a head injury. This fabricated story was used to delete my presence from your life. I was removed from your obituary, erased from your Facebook profile, and wasn’t able to attend your visitation and funeral services. Our relationship was diminished entirely because of individual personalities and their inability to deal with the fact you loved me, were happy, and had a brand new life. When we met, you were so clear-minded. We would have in-depth conversations about why you were getting divorced, how you wanted to change, and what you were looking for in the future. You were still dealing with addiction but shared with me everything you were doing to maintain your sobriety. So while you might have changed, from everything you told me, it was for the better.

The last claim made about your death is one that hurts my heart the most. “You were never going to get better.” When I heard this, I crumbled inside. It was said to minimize the effort I was making to get better, but also showcased how so many people had given up on you. That you, with all of your demons, weren’t worth saving. You shared with me that your sobriety has to be number one in your life. That you don’t have anything else if that doesn’t come first. You showed me your coins, told me about your sponsor, and taught me what I could do to support you through this challenge. When you had your grand mal seizure on March 28th, it did shake things up. Your seizure medications weren’t working correctly, and the frequency of your seizure occurrence was increasing. But you were still Ben! You were still worth fighting for, so I NEVER gave up.

This is by far the hardest situation I have ever had to deal with. I have cried more than I ever thought possible and the depth of my grief is more than I ever imagined. I will get through this, and I know you are with me. You are finally at peace and don’t have to suffer anymore. I will figure out how to live without you. I love you, Mr. Hankins. 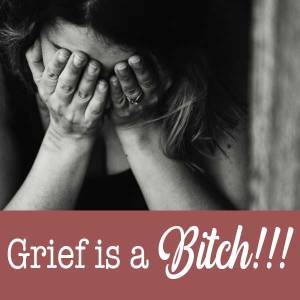 One thought on “Grief is a Real Bitch!”

Hello, I’m Brooke, a working mom and aspiring sane member of society. I love being creative, wrangling my children and sharing my story. I feel like a mad hatter because of all the different hats I have to wear on a daily basis. I work full-time in marketing and try to balance all of the great things this life throws at me. The greatest lesson I have learned is it takes a better person to be kind than to be hurtful and try to live every day with that in mind.